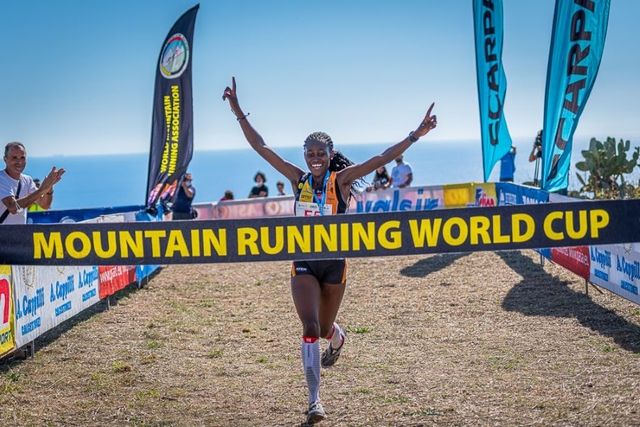 We take a short look at the standings in the World Mountain Running Ranking at the end of 2021.

Implemented by the WMRA in April of this year, the World Mountain Running Ranking is a tool that gives athletes, sponsors and fans access to a comprehensive database of results, profiles and rankings related to the sport of mountain running.

There is a rolling ranking, aggregating runners' results from the last 365 days, which acts as an on-going form guide, and a calendar year ranking which compares the most successful athletes through a single season.

At the end of 2021, Joyce Muthoni Njeru of Kenya is at the top of the women's ranking with 328 points, an incredible total which puts her some way ahead of the competition. Her compatriot Lucy Wambui Murigi is in second on 261.2 and Andrea Mayr is third with 237.

Henri Aymonod of Italy is top of the heap for the men having scored 279.2 points in 2021. He is followed by Geoffrey Gikuni Ndungu of Kenya with 245.1 and Timotej Bečan of Slovenia, 204.

Njeru and Ayomond both won the overall classification of this year's WMRA World Cup, a sure-fire way to position yourself near the top of the ranking. For Aymonod, the cornerstone of his World Cup victory was his dominance in the Short Uphill races, with wins at both Vertical Nasego and the season closer, KV Chiavenna-Lagunc.

On the other hand, it was the Classic Mountain races where Njeru really shone, taking no fewer than 4 World Cup wins in that category; Großglockner Berglauf, Krkonossky Half Marathon, Trofeo Ciolo and Zumaia Flysch trail.

Both athletes backed up their World Cup results with further strong performaces in Associated Mountain Running Races. Njeru found herself on the top step of the podium at Fletta Trail and Kitzbüheler Horn-Lauf, while Aymonod cemented his status as the man to beat on the uphills with victories at PizTri Vertikal and Challenge Stellina.

Although the top of both men's and women's rankings are dominated by runners who raced extensively on the World Cup circuit, this was not the only way to secure a high ranking. Joe Grey, ranked 5th, only raced one World Cup, winning the Broken Arrow Skyrace, but was almost unbeatable elsewhere. In 2021 he took his 4th win at Pikes Peak Ascent, his 5th wins at both Mount Washington Road Race and the XTERRA Trail World Championships in Hawaii and an incredible 9th victory at the USATF Mountain Running Championship.

While most athletes near the top of the ranking built a points total through frequent racing, it was also possible to achieve a high placing by racing less often and maintaining a very high level. Grayson Murphy, 7th in the women's ranking, only ran 5 mountain races this year but never finished worse than 2nd.

"During the first year we’ve seen that it works well and awards the most consistent athletes throughout the season, which was one of the original goals of the project," said Francsco Puppi, the WMRA's Ranking Secretary. "One of the main values is its simplicity, in fact the calculation is completely transparent. The balance between WMRA World Cup races, associated races and events from other global series will slightly change next year as the different circuits redefine their structure and rules. The plan is to continue growing the project and establishing a better collaboration with race organizers who can also benefit from the resources provided by the ranking."

Although the slate is wiped clean on the 1st of January, it won't be long before athletes have the chance to score their first points of 2022, as January brings Associated Mountain Running Races in Spain, New Zealand and India.

To view the full rankings, and for information on the contributing races and calculation of scores, visit https://ranking.wmra.info/.