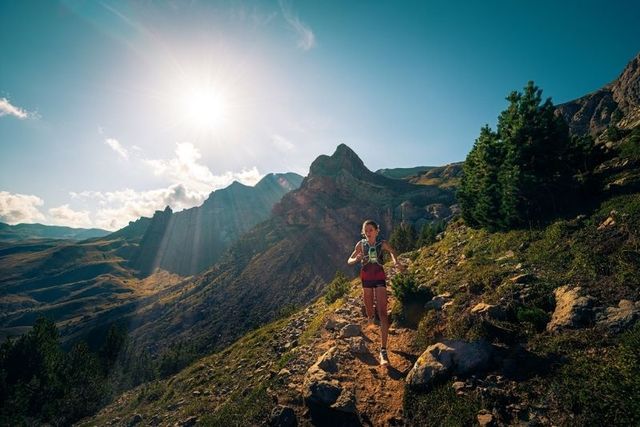 Registrations are now open for one of the more spectacular races of the 2021 World Cup: Canfranc Canfranc. 2022 will see a Vertical Kilometre added to the four existing distances: Classic 16k - 45k Marathon - Ultra 70k - Ultra 100k.

These five mountain races in the heart of the Aragonese Pyrenees are endorsed by the Royal Spanish Athletics Federation (RFEA.) After two testing years during the pandemic, the 16th edition is once again committed to sharing the beautiful trails of the Aragón Valley with a total of 1,500 runners from all over the world. The race began in June 2007, with just nineteen runners braving ‘the hardest marathon in Spain and Europe’ with 45km and 4,000m of positive elevation gain. By 2019 that number had grown to 900 runners.

In 2021 Canfranc hosted the WMRA World Cup and Spanish RFEA Championships. WMRA world champions such as Britain’s Charlotte Morgan and USA’s Grayson Murphy competed face to face with the best runners in Spain, such as Nuria Gil or Antonio Martínez, among many others.

In 2022 Canfranc will return to host the WMRA World Cup and Alpinultras. It is committed to a new vertical kilometre and the Classic 16km and these are the events that hope to be in the World Cup (pending confirmation) while its 45k Marathon and Ultra 100k will once again be key events on the Alpinultras Circuit, as they have been since 2015, with the exception of last year. The quintet will be completed by the Ultra 70k.

The new vertical kilometre has a beautiful route from the Circo de Rioseta to the heights of Pico Aspe. An ascent as vertiginous as it is spectacular that will surely delight the 150 lucky runners who can compete in this inaugural edition for history. Each of the five races has its own and differentiated personality, as they are aimed at mountain runners with different sports profiles and accumulated experience. They are united by the same high mountain racing spirit, with ascents to beautiful Pyrenean peaks such as La Moleta, Collarada or Pico Aspe.

The passage of the different races through three different ski resorts, Formigal, Astún and Candanchu, allows the runners access to support, as well as delivering demanding alpine trails, from the 1,200m altitude of the start and finish line in Canfranc Estación to 2,886m in Collarada.

Registration is now open at  the official race website: WWW.CANFRANCCANFRANC.COM