Everyone Can Compete On Equal Terms in the Mountains

Our latest athlete post comes from Fujio Miyachi, who tells us about the challenges and rewards associated with being a Japanese athlete travelling to mountain running races in Europe and beyond.

Mountain running is a European sport. Whenever I travel to Europe, I always feel that's true.

Living in Japan, I'm at a huge disadvantage geographically. Travel is the biggest reason for this. The time and money needed for travel is not insignificant. In addition, as I only stay in the European country for a short period of time during the race, I have a hard time adjusting to the time difference. By the time I get used to it, I am often back home. However, even with all that, I still think it is an attractive sport.

In mountain running races, there are a lot of African runners. I believe that this is largely due to the geographical characteristics of Europe. In Austria, Kenyan runners, including road runners, have set up a camp where they train and interact with local runners on weekdays, and on weekends, they compete in races around the country to earn money. It is a very interesting initiative.

In the past few years, there have been changes in the World Cup. The World Cup races are now being held in the Americas. (note: the traditional Pikes Peak race in Colorado was once held as the Long Distance World Championships). The 2019 World Championships were held in Argentina. Whether it's Europe or the Americas, it's going to be a tough trip for me. But, I think it is important for mountain running community to have World Cup races around the world from the perspective of promoting this sport. 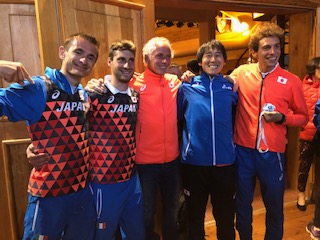 The trip to Argentina was very difficult for me. There was a strike at the airport in Argentina, and I was stranded for two whole days without a flight. So, I arrived at the race venue just before the opening ceremony the night before the race, and my preparation was rushed. This is one of the risks I take when I travel intercontinentally. If I lived in Europe, where most of the races are held, I could find alternative ways to travel even if I can’t fly.

So, is it all hard work? I don't think so. Most people in the race venue were very surprised when I told them that I was from Japan (they seemed to think that I lived in part of Europe, so they were really surprised when I told them that I came from Japan just to participate in the race), but they were very welcoming. Not only did they call out to me when I was walking around town, but sometimes they even gave me a ride to my hotel. When I went to a cafe, they treated me to a meal, and after the race, they served me various kinds of alcohol. I'm not much of a drinker, but I tried to spend as much time with them as possible because I could see the pleasure they took in entertaining me. It's not every day I can get such a great opportunity. 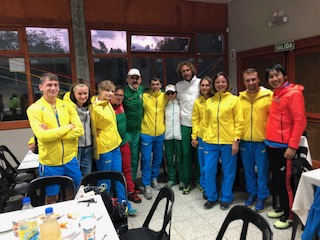 My name is Fujio. Since it is pronounced the same way as Mt. Fuji, I explained " The Fuji in my name, Fuji-o, is the same as Mt. Fuji” (Strictly speaking, the Chinese characters of my name are different from ones of Mt. Fuji). So, I was often called "Fuji as well as “Fujio”. I was also called "Japanese" or "Japan”. I don't know the reason, but I imagine that the rumor spread around the race venue in advance that there was a guy from Japan who came to run in their town's event . Especially during the race, it made me very happy to be called "Japan" or "Japanese" as much as my name. I was also happy and energized when I found the Japanese flag among the flags of the competitors displayed on the course.

I try to behave in a way that shows I am proud to be Japanese. To them, I am Japan itself. My polite behavior and the fact that I have challenged myself in various parts of the world would be an asset for young Japanese runners who want to challenge themselves in the near future. Although it's been difficult for me to travel the 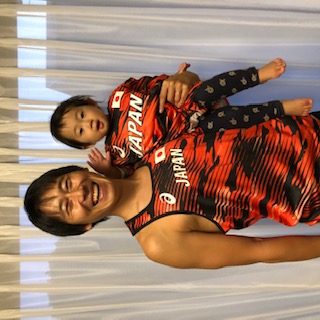 world due to Covid-19, I will continue to challenge myself as much as possible and leave my mark as a pioneer of mountain runners in Japan.

In the mountain running community everyone is friendly, from the runners to the race organizers, member of the international association and the local people of the race venue. Because mountain running is not a big sport, the psychological distance among the people is close and the community is like a family. I think this is one of the assets of mountain running community. If I have a problem, I can always ask someone and they will help me to solve the problems related to transport arrangements, a hotel reservation, or anything else. I strongly feel that in Europe, sports have transcended culture and become a part of life. Mountain running has not yet become a popular sport in Asia. But it's a simple and fascinating sport where everyone can compete on equal terms in the mountains. So, I see a lot of potential for it in Asia. I'll be writing about my experiences and thoughts for the future over the next few articles, so be sure to read the next one!