The 'New Normal' For Mountain Running 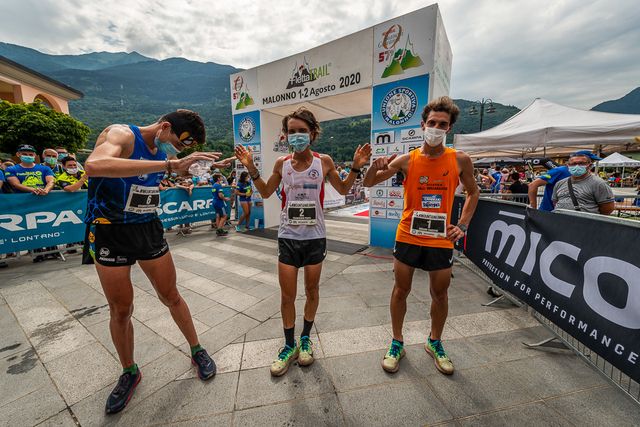 As lockdown restrictions have eased in most countries and the mountain running community takes tentative steps to return to competition, we wanted to take a look at what events will look like in the near future. First up, we asked our athletes’ commission what their current experience is of races, virtual challenges and whether they’ve been tempted by attempting any FKTs.

There is still a lot of variation between countries, and even states in the USA. But in those countries where races are taking place again, the experience of runners is likely to be quite different from ‘normal’ times.

The new normal in racing

It’s a similar picture in Italy. This was Francesco Puppi’s experience of Fletta Trail at the start of the month: “The first real race was last Sunday's Fletta Trail. This time we had a normal start (limited to less than 200 athletes), with a separate start for men and women. Athletes were again supposed to wear masks in the start and finish area and to start running with the mask for the first 500m (as established by our federation's new protocol for road and mountain running races). The start area was organized as a grid, in which athletes were 1.5m apart from each other. It worked quite well and, again, people seemed to be respectful of the new measures.” 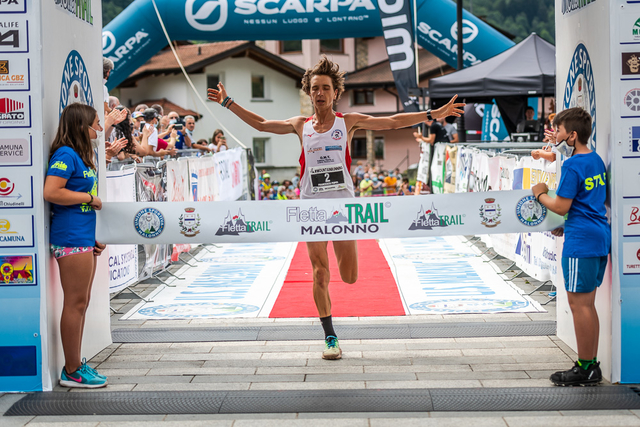 However, as Francesco point out, the measures rely on athletes taking personal responsibility and he stresses that we need to continue to educate runners. “The only problem is that outside the competition area people can do pretty much what they want, and it's not the organizer's responsibility to make them respect the rules. So the problem might be just avoided but not really solved. As always, it's up to each one of us to be respectful towards social distancing measures and towards the others. I think here in Italy people are aware of the risks and the necessity to be careful (because of what we've been through during last spring), but not everyone in the same way. So the best approach is to educate people/athletes and give them the information and tools to protect themselves and the other people.”

Another safety measure employed by organisers is to adapt the race into a time trial. Francesco took part in a time trial on the course of Trofeo Ciolo, Puglia (last year's venue for the Masters World Mountain Running Championships). He describes it as ‘more like an experiment and a symbolic restart for mountain running’ and adds, ‘but it was very meaningful indeed’

“Each participant had to wear a mask in the start and finish area and there was much focus on social distancing measures. Athletes had to start 30'' apart from each other and to wear a mask until 5 seconds from the start. There was no prize ceremony and no spectators (officially, apart from the people who were already there..). People were respectful and everything went well, it showed that it is possible to organize such events with a restricted number of people and an established protocol for the competition, even if in a different format from what we are used to”

Kasie Enman, 2011 World Mountain Running Champion from the USA, told us, “there have been very few in person races happening where I live (in Vermont). I heard of one trail race this past weekend that had 4 separate starts throughout the day, allowing no more than 25 people per start. It seemed to go off ok. With the pandemic still in a very uncertain place, and outbreaks happening throughout the US, I have just felt like I should do my part to avoid non-essential races. I did participate in a no-contact track relay that USATF-New England is promoting. Instead of handing off a baton, the incoming runner moves to an outside lane and the outgoing runner starts when their teammate crosses the line. I participated in a 2 person 5 mile relay, alternating every 400m with my husband as my partner. And I also ran the 1 mile leg of a women's DMR with 3 other members of my local running club. That was a lot of fun, and a good way to get in some speed work.”

Julien Rancon describes the return to racing in France, “Here in France, a few small races have taken place since the end of July (with a limited number of participants, wearing a mask for collecting the bibs and even at the time of departure and just after the finish, many races are done against the clock or at with starts with very small groups)”.

So racing is slowly returning, but with many restrictions to keep the runners safe. But what if athletes aren’t able to race where they live, or they still worry about the risks associated? Well there’s always virtual races and FKTs!

There have been a huge number of virtual race initiatives to give athletes their fix of competition (or just for fun). Andrew Douglas, men's winner of the World Cup 2019,  has taken part in a couple of virtual events this summer: “a 5km time trial and a hill reps challenge (how much vertical ascent can be gained over 30min, whilst starting and finishing in the same place), both organised by Scottishathletics. Some of the initiatives over the summer have been really innovative and successful. I think placing more emphasis on them being challenges rather than races is what they're about, and it just adds something different to the everyday training that athletes are trying their best to get on with.” While she hasn’t been motivated by virtual races, Kasie Enman recognises how important they’ve been to some runners. “I have been helping our local running club organize some virtual races in place of the schedule. They have all been very unofficial and focused on just keeping people active and having fun. We have had to be careful about liability, so keeping any events unofficial and at people's discretion has felt like the best way to go.”

Francesco Puppi took part in what has probably been one of the most high profile virtual races, Kilian Jornet’s marathon relay. Francesco told us “I did one virtual competition after the lockdown (NN Running Team MA RA TH ON) with Kilian Jornet, David Nilsson and Mustapha Mohammed. It was a virtual relay and each one of us had to record a 10.5 km time trial with the GPS to complete the marathon distance. Our team got 4th overall (out of 100000 teams) with a time of 2h08'36'' (I ran my leg at 3'05/km pace). It was a nice experience because it really felt like sharing it with all athletes around the world, the community we built was cool. It was also nice to be asked by Kilian to join his team. I am not a fan of virtual events but for this occasion I was happy to join (also it was not an individual event, but a team competition). As there was no entry fee for the event, I decided to make a donation to support SOS Mediterraneè for their invaluable work in the Mediterranean with refugees.”

With few races to enter, many runners have set their sights on some records and FKTs for challenges around the world.  Andrew Douglas has enjoyed seeing some of the big FKTs attempted in Scotland. “Here in Scotland there's been a few ultra-type FKT's that have been attempted. For example, just last weekend one of our top hill runners, Sasha Cheplin, set a new record for the most Munros (what we call mountains that are over 3,000ft high) climbed in the space of 24hrs; he managed an incredible 32! For me personally, I'm just focusing on training and trying to stay race-ready in the hope that when any racing opportunities do come up that I'll be ready to go.”

Kasie Enman isn’t ruling out a local FKT  “I may attempt one on my local mountain, Camel's Hump, just for fun. There are a few different routes up that I run routinely in training, but I've never gone for a hard timed effort. Maybe now is the time!”

Francesco Puppi attempted a spectacular FKT with Cesare Maestri: “I attempted an FKT, running with Cesare Maestri from Madonna di Campiglio to Cima Tosa and back (32km, 2200m D+) in the beautiful Brenta Dolomites (I really suggest you to visit them once in your life). It was not really an FKT because there was no established time to compare with, but we wanted to set a benchmark for this course. The focus was not much on the record and the time (3h28'26''), but on our style. We ran with just mountain running shoes, shorts and top, but no poles, backpack or trail vest for example. We wanted to show that as mountain runners we can run fast on any surface, and the course literally offered any type of terrain, from road to dirt trail, to rocks and snow. The first part was very fast, the higher section (up to 3173m) was really technical, with a 60m wall we had to climb in alpine style, with ropes and harness. It was very challenging for me and also a good performance. The best thing was to run in such a beautiful landscape and to share the experience with Cesare, a long time friend. It was also nice to plan the event (with the support of our sponsor Nike and the local tourist board Campiglio Dolomiti), it was a chance to stay focused on something we both wanted to do despite the lack of competitions. The idea came during the lockdown, when perspectives were very very limited...now the situation is a bit different, fortunately, and we hope it can continue to improve.”

See a video of Francesco's FKT in the Brenta Dolomites:

So it seems that while races are making a tentative comeback (with many safety measures), athletes will always find a way to adapt and enjoy the mountains, with a bit of competition thrown in.