It's time for the Drei Zinnen Alpine Run in the heart of the Dolomiti mountains in northern Italy.   With the end of summer fast approaching and the first signs of autumn in the air it's also a decisive time for the World Cup.  With the final two races taking place in the next month for the 2019 World Cup season it will be time to see who the new champions will be even if the top two positions in women and men's categories are looking difficult to reach given the top performances and in particular their level of participation in the race events.  It goes to show that by participating you can reach a high position in the overall ranking. 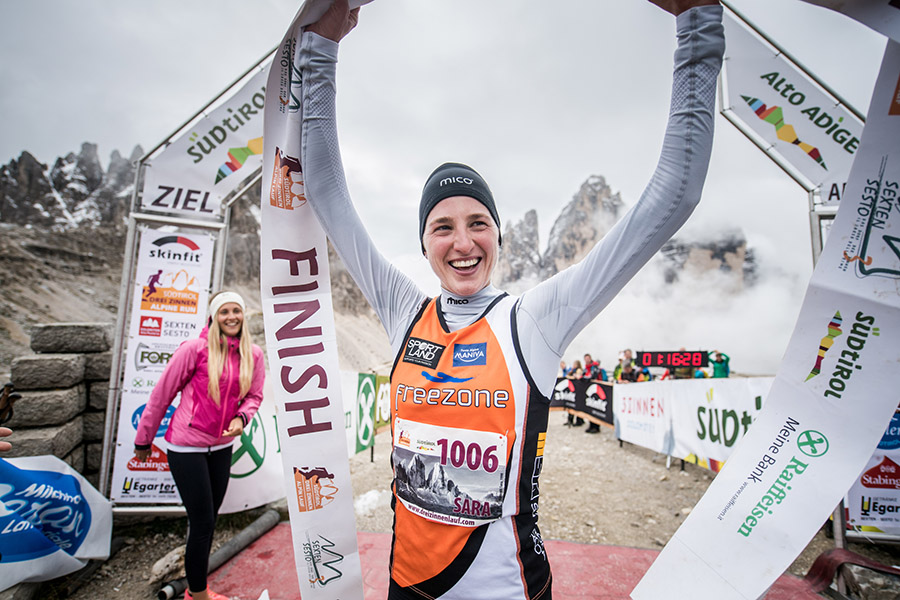 The Dreizinnen Alpine run takes place in Sexten (Sesto) Italy and with a great race in a beautiful and famous location it is a fitting penultimate round for the World Cup and if readers want to do one beautiful mountain race in their life then this one would certainly be a good course to recommend.

But it is also now the time to focus on the competition, because with two races still to be disputed there are many top athletes who will try to re-enter the top positions of the World Cup ranking by running this Drei Zinnen race and the big final in Slovenia on October 12th when it will be time for the Smarna Gora Race.  The cup is now firmly in the hands of Andrew Douglas. The Scotsman from Team Hoka One One maintained an impressive run away win this season winning all the first 4 tests and finishing in an excellent 6th place at the majestic Sierre Zinal last August.  He really has shown the way and a clean pair of heels to all other mountain runners.

Interesting too is that Andy will just need to start in the next two races to receive the 50-point bonus reserved for those who have run all the events, and this would only be an extra guarantee to fend off any challengers.  The great attention is behind Douglas, to reach the podium positions and it's a tough challenge that has been created between many of the athletes on the world mountain running circuit that still have a chance to arrive on one of the top places.

Martin Dematteis, his twin-brother Bernard, the Eritreans Petro Mamu and Filimon Abraham, the Irishman Zak Hannah, the Slovenian Timotej Beçan, the Italian Francesco Puppi, all have the chance to enter the top 3 of the 2019 world cup.  It's a fascinating scenario shaping up where anyone of them can do it.  But to do it, they will need to be in the top positions Saturday at the Drei Zinnen Alpine run, which will represent a sort of “last-call”  for those who want to dream big.  They must bring their A-game out in the Dolomites this weekend!

In the women's ranking everything is ready to celebrate a new winner of the World Cup in 2019.  Irish athlete Sarah McCormack of team INOV-8 will just need to finish in the points at one of the next two races to be sure of the victory.  It's a great achievement for this strong athlete who brought a universal approach to mountain running, showing that with her ability to be competitive on all terrains and distances and competing regularly at World Cup races it would put her in a commanding position.  The Drei Zinnen Alpine Run will be the final test for other top athletes such as Sarah Tunstall (GBR) and Lucy Marsanova (CZE) who are looking for a victory in Sexten, or like the Scottish runner Louise Mercer, a good placing here can bring her closer to her season-target: the world cup overall podium.

The Drei Zinnen will be covered by the WMRA MEDIA team, follow the social media channels for live tweets on Twitter and Facebook posting, fun stories as well as background stories on WMRA instagram with profiles, photos, videos and much more.

Here you can see the World Cup ranking after 5 races of 7: Current World Cup Ranking