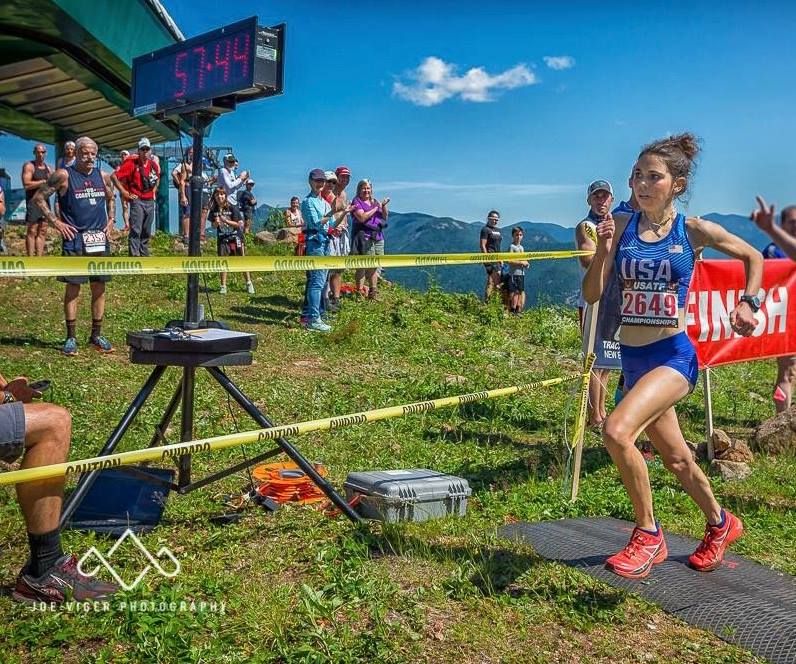 40 nations are on their way to Sunday's competition in Canillo, Andorra for the 34th World Mountain Running champs by WMRA/IAAF.  It's one of Europes smaller countries but it boasts very big mountains and is a perfect location for the 2018 Championships.

On steep mountain tracks,  athletes from all over the world will battle it out in a discipline now growing to global level after the recent announcemtent of the co-operation between the WMRA / ITRA and the IAAF.

The winners of Premana 2017 will be in the competition in Canillo 2018 as title-defenders making the races very exciting and bringing the element of winning both an uphill and up and down World title into the equation.  Very few runners in the history of Mountain Running have been able to win back to back.  For first time on an uphill only World Mountain Champs the distances will be equal for men and women.

U20 MEN:
Oscar Chelimo (Uga) is title-defender in U20 men and he looks good after 13.32 on 5000m on track last August.  All podium places from the European Champs last July in Skopje will be in the race with gold medal Gabriel Bularda (Rom) leading the field with Dugdale (Gbr) and Rossi (Ita). Youth winner Matthew McKay (Gbr ) and silver medal Euan Brennan (Gbr) will also be on the roster to race in the older grade. 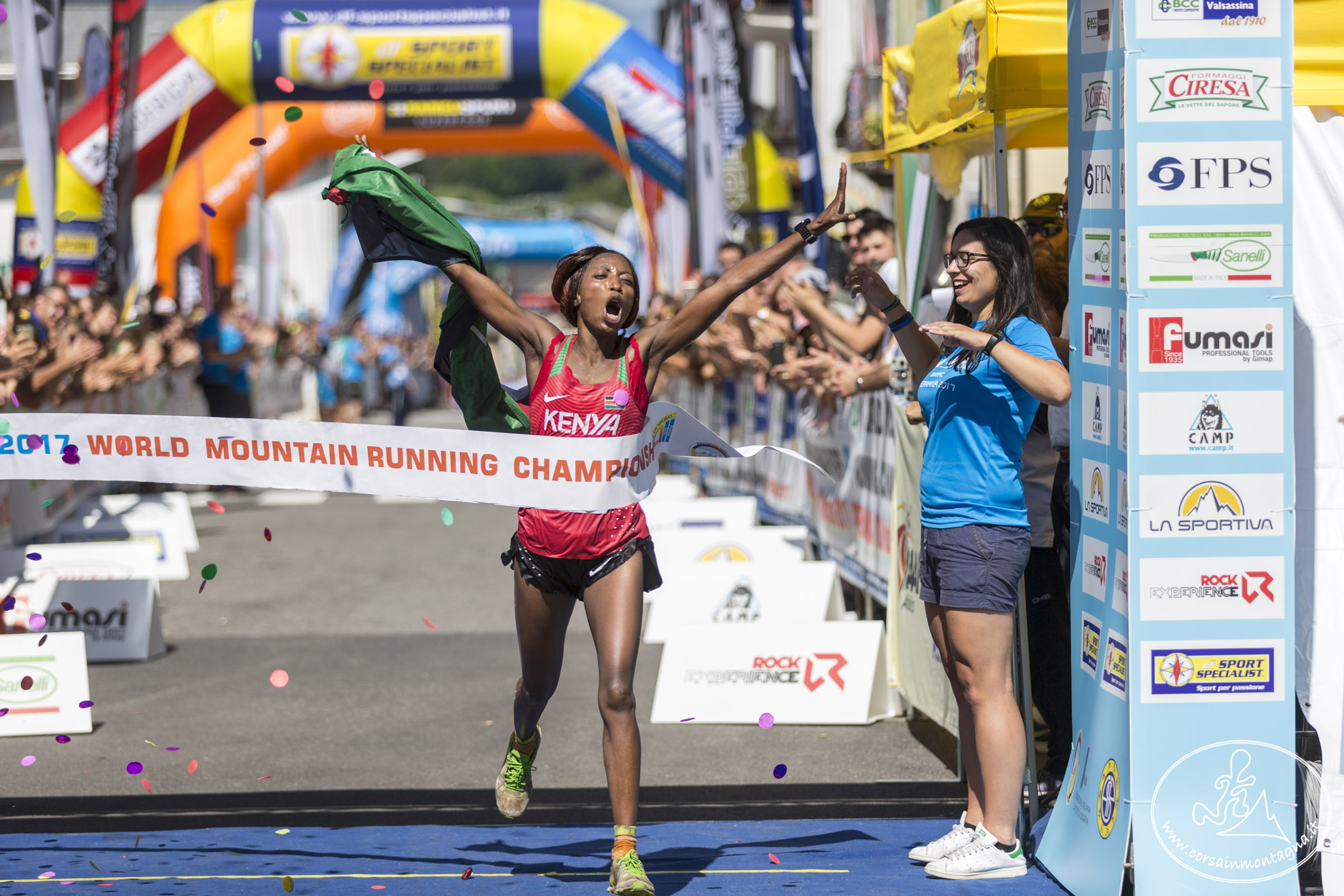 Premana 2017 with Lucy Murigi for Kenya winning the title - photo: corsa in montagna

SENIOR WOMEN:
It will be a clash of titans with the return from Premana 2017 of all podium medalists in Canillo.  It's something incredible and unique to have all of these women back on the startline and in great form to race each other again. Lucy Murigi (Ken) will defend her title and her shape looks very good after tremendous success last August in SierreZinal at the WorldCup round 3.  She is the current leader of WorldCup and she is have a great season.  Andrea Mayr (Aut) will be for sure one of the top contenders.  She prefers the uphill only course so this is one she will be ready for.  The higher altitude will play a part in the races this year and athletes best prepared by altitude training will be at an advantage.  Sarah Tunstall (Gbr), bronze last year, will lead the very strong UK team also considering Emmie Collinge (Gbr) is back in top shape after a long injury layoff.  Maude Mathys (Sui ) the european champion and Anais Sabrie (Fra) and Emma Gould (Gbr) took medals in Skopje and will be names to pay attention to.  Kenya will present a solid team as a nation with Viola Jelagat, Purity Gitonga (second in the Grossglockner Berglauf World Cup 2) and Joyce Njeru who will all join Murigi going for the team title.  The Americans though will defend last years bronze and are back with an even stronger lineup this year with Kasie Enman, Allie Maclaughlin and Addie Bracy and the addition of Annie Bersagel pb 2h28.29 in marathon. Others we can consider for top placing include Gloria Giudici (Ita) and Sarah McCormack (Irl).  The Irelander has had some great success at this years World Cup events.

SENIOR MEN:
How serious Uganda considers mountainrunning is demostrated by reading its fabolous dream team.  World junior cross champ 2017 Jacob Kiplimo (Uga) will lead the team and his season bests of 13.19 on 5000m and 27.30 on 10000m tell so much about his excellent shape.  Silver medal on 10000m in Tampere at world u20 champs, Kiplimo will be joined by Victor Kiplangat (Uga), the World mountain running classic champ last year.  Joel Ayeko and Robert Chemonges (Uga) 2h10.32 his pb in marathon make a formidable lineup.

Against them Kenya with a team leaded by Geoffrey Gikuni Ndungu (winner in GrossGlockner Bergaluf) and Timothy Kirui, Japhet Mwenda and Stephen Ndege. They ran many times this summer along mountains so are not worried for the course.  Whoever aims to win the gold team medal must always check the lineup from Italy where the DeMatteis twins (Bernard first in Skopje and Martin third ) will be joined by Nadir Cavagna and Francesco Puppi.  Puppi,the World Champ from the long distance Mountain Running last year, is also the current leader in the World Cup and was third in SierreZinal so his form is looking to be peaking at the right time.  He can also aim for a podium place as an individual.

Johan Bugger (Nor) , Stian Aarvik (Nor), Andrew Douglas and Jacob Adkin (Gbr) will be outsiders from the european continent for a podium but will all be hoping for a top 10 and on a good day a top 5 place.    The USA team as in the women's will also be very competitive and are ready to defend Premana’s team title with Joe Gray and Andwy Wacker leading teammates in yet another big race.  Joe is now really experienced and already a World Mountain uphill title holder so look to him to race well and to be going for a podium place.

It all underlines a very positive and exicting World Championships taking WMRA mountain running to Andorra for the first time. 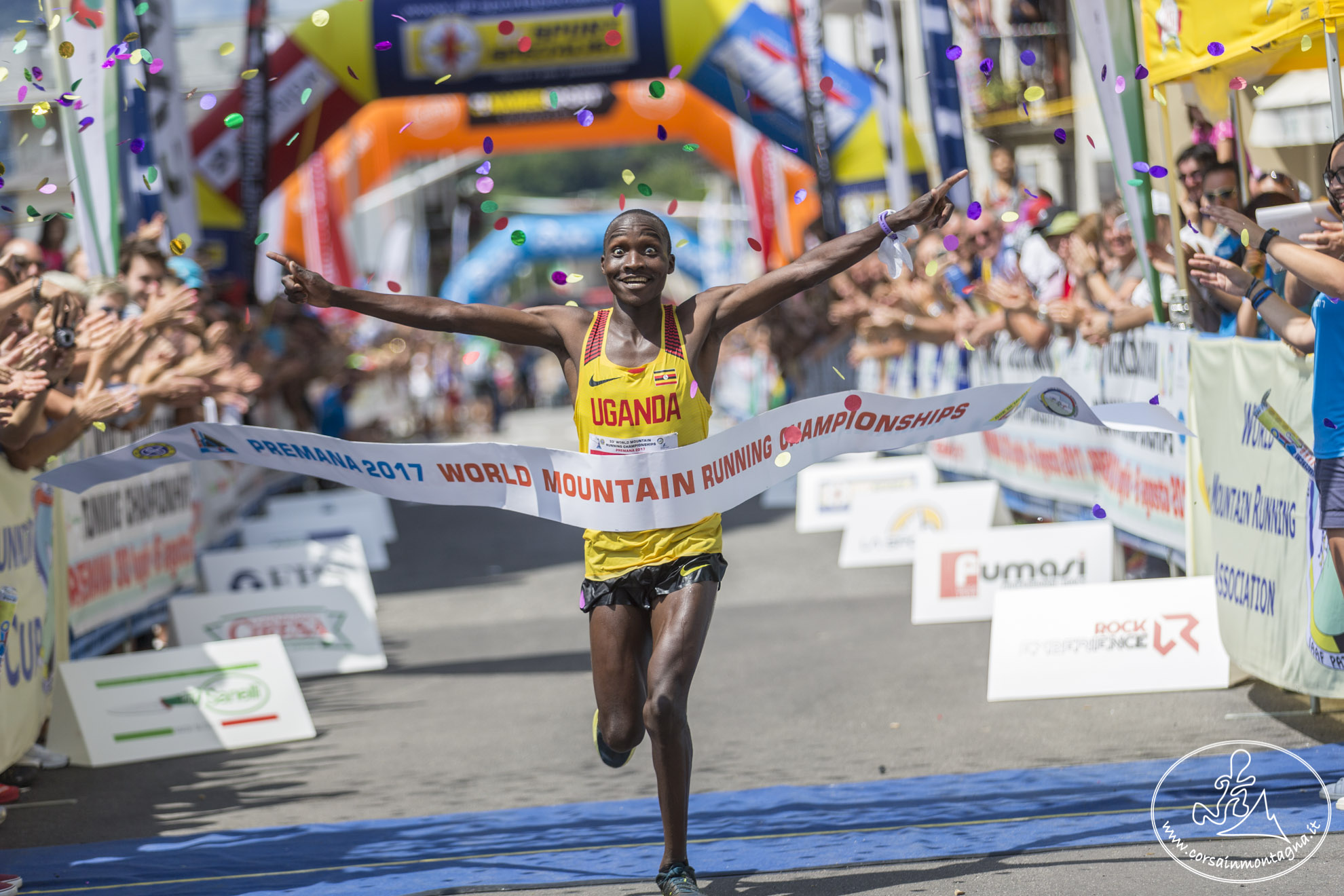 Victor Kiplangat winning in 2017 in Italy.  Photo: corsa in montagna