First up, the girls’ race at 11:00 a.m. with 46 competitors.Joslin Blair (USA) took the lead on the steps heading up from the village and never faltered over the two-lap mountain course of 4.3 kilometers. Her time of 23:50 was just 11 seconds ahead of Ezgi Kaya (TUR). In bronze medal position was Laura Marina Corhana (ROU) timed in 24:11. This marked the first medal for Team USA in its three appearances at the Youth Cup.

With three girls in the top 10, Italy won team gold with a score of 17. Taking the silver medal was Romania scoring 25, with USA netting bronze with 29 points. There were 11 scoring teams in the girls’ division. 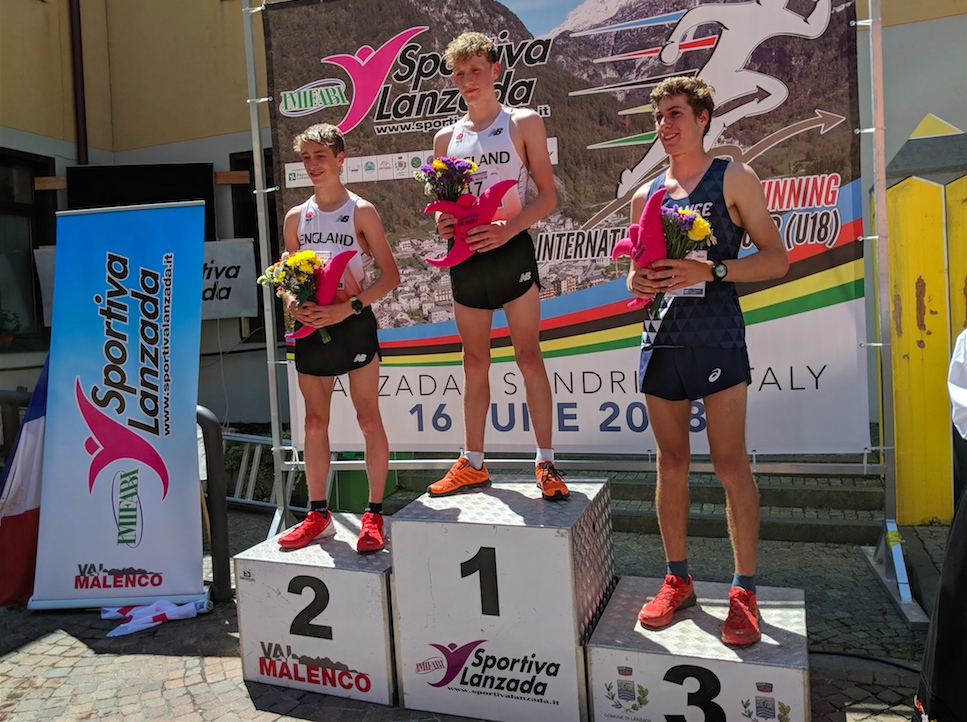 Likewise for the men, Matthew Mackay(ENG), led after the first climb on the rocky steps through the village and finished in gold medal position with a time of 20:10 in a field of 50 boys. He was followed closely by his countryman Euan Brennan in 20:34. Rounded out the top three was Estaban Olivero (FRA) in 20:37.

England, with a near-perfect score of eight, took the gold. France scored 18 points to take the silver, and Italy finished in bronze position with 36 points. There were 14 teams on the boys’ side.

WMRA president Jonathan Wyatt (NZL) presented awards at the flower ceremony to the individual girls podium, and elite Italian mountain runner Alice Gaggi presented awards to the men. Medals will be awarded at tonight’s ceremony in Lanzada during a festive gathering of all of the teams.